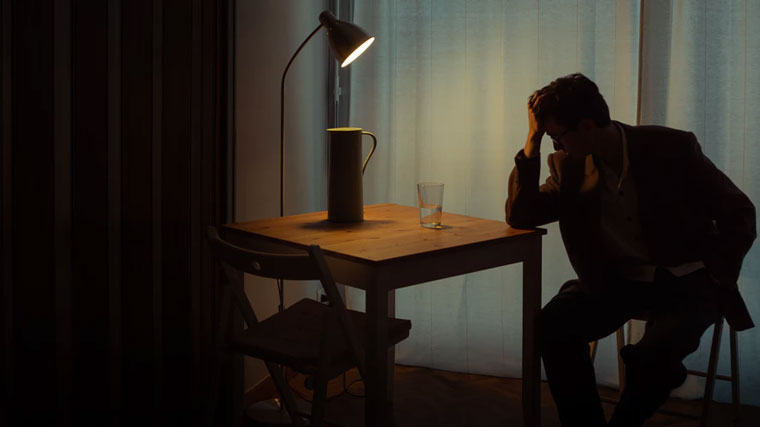 Throughout history, humans have used various plants to moderate their mood and behaviors. Before aspirin, human populations used salicylic acid found in the leaves of the willow tree to treat pain and inflammation. Before over-the-counter cold medications became available, various tribes relied on the natural properties of eucalyptus and echinacea plants to manage cold symptoms.

Today, scientists continue to explore the therapeutic potentials of many ancient botanicals. Recently, one of these plants — sceletium tortuosum (kanna) — has gained traction as a possible anti-depressant.

But can a kanna experience effectively mitigate depression, or do such claims stretch the plant’s applications too far?

What is Kanna Sceletium Tortuosum (Kanna)?

The kanna plant is a succulent native to South Africa. In 1662, Dutch navigator Jan van Riebeeck recorded the first written account of kanna use, but evidence suggests that human usage dates back even further to prehistoric times. In particular, the plant was used extensively by the Khoisan, an indigenous group whose ancestors migrated to South Africa more than 150,000 years ago.

Today, kanna sceletium tortuosum has garnered broader popularity and cultural relevancy due to the influence of global trade. Kanna flowers contain several or more alkaloids, including mesembrine, mesembrenone, mesembrenol, and tortuosamine, that imbue the plant with unique properties.

Most kanna is sold in one of three forms:

Historically, kanna has been well established as a capable mood uplifter and relaxant; however, the plant’s interaction and association with depression haven’t been extensively researched. Fortunately, a growing body of recent evidence suggests that kanna could be effective at relieving depression.

In one paper, entitled “Kabbo’s !Kwaiń: The Past, Present and Possible Future of Kanna,” author Nigel Gericke relayed his success in treating several patients daily with kanna sceletium tortuosum in tablet form. For one patient in the study, kanna proved effective at mitigating anxiety and increasing mood.

Another patient in the study with postnatal depression found that the kanna experience reduced her symptoms of mild depression and anxiety. Similarly, a third patient — whom the author described as a struggling student with “a baseline mood of depression alternating with anxiety” — felt “more focused, more engaged, and not so socially distant” after ten days of using kanna sceletium tortuosum.

While Nigel Gericke’s findings are certainly intriguing, they’d be nothing more than anomalies if other supportive research didn’t exist. Thankfully, many other papers have come to similar conclusions.

In Acute Effects of Sceletium tortuosum (Zembrin), the authors concluded that “These results support the potential anxiolytic actions of [kanna] and provide a foundation for exploring the clinical potential of dual PDE4 and 5-HT reuptake inhibitors for the treatment of anxiety disorders and depression.”

Kanna as a Marketed Antidepressant

In 2001, a South African company named PhytoNova began producing and marketing kanna sceletium tortuosum as an antidepressant and anxiolytic. The product, a patented supplement called “Zembrin,” is a pressed tablet containing kanna extract.

Initially, Zembrin was popular with students in South Africa; however, the supplement eventually gained a wider audience in the United States, Malaysia, and Japan. Later, the Canadian government approved Zembrin’s sale for “supporting cognitive function in adults.”

Although Zembrin is a manufactured supplement, its producers have devoted themselves to embracing the natural kanna experience. Its manufacturers often refer to the supplement as “experiential,” and studies on the product seem to validate this description.

Aside from relieving depressive symptoms, Zembrin and other kanna sceletium tortuosum supplements might have broader applications. In one randomized, double-blind clinical study, subjects given Zembrin demonstrated increased attention, focus, and motivation compared to placebo. Although kanna has demonstrated promise as a novel remedy for depression, reception to its therapeutic applications has been mixed to nonexistent. Like most psychoactive plants, kanna has been deemed illegal by several governments, and many distributors in the industry cannot talk about what to expect in your kanna experience. Nonetheless, the plant remains legal to grow, sell, trade, and buy in the majority of the world.

As of this writing, kanna sceletium tortuosum is legal in Australia, Canada, Germany, The Netherlands, and Poland. In South Africa — the plant’s native region — kanna is legal in its plant form; however, the production and sale of kanna as medicine or herbal products are regulated by the country’s Medicines Control Council.

Kanna is also legal in the United States, except Louisiana, where either some or all of the mesembryanthemum species are illegal for human consumption. In the United Kingdom, kanna is Illegal to cultivate, distribute, or import under the country’s Psychoactive Substance Act. But, despite the regulatory measures taken in these two countries, legislators haven’t been keen to criminalize or regulate kanna sceletium tortuosum elsewhere.

Research has established that two of kanna’s alkaloids — mesembrine and mesembrenone — behave like serotonin reuptake inhibitors (SRIs). Because pharmaceutical SRIs are a popular treatment for depression, the properties of these two alkaloids could explain the anti-depressant qualities of the kanna experience.

Nonetheless, some scientists have warned against kanna use for depression. Dr. Carine Smith — a researcher at Stellenbosch University at the time of this quote — stated that more research should be conducted to corroborate kanna’s anti-depressant properties. Smith also drew attention to a study conducted in 2011 detailing kanna’s adverse effects in rat trials. At increased kanna sceletium tortuosum use, the rats in the study exhibited inflammation, diarrhea, and irritation of the alimentary canal. However, given that this study revolved around rats, it’s possible that human responses and reactions could be more favorable in comparison.

Although kanna is currently being overlooked by consumers, researchers, and legislators alike, various countries and cultures could come to embrace the plant’s antidepressant properties in years to come.

As of now, the antidepressant market is demanding innovation and greater effectiveness. Researchers have continually criticized the limitations of existing pharmaceutical SRIs, including their slow-acting nature and various side effects. Meanwhile, many consumers have transitioned away from prescription SSRIs and SRIs to botanical alternatives for similar reasons. Clearly, there’s room for novel anti-depressive solutions — and with minimal withdrawal symptoms and demonstrable effectiveness, kanna sceletium tortuosum might just fit the bill.

Aside from its potential as an antidepressant, the kanna experience could be an economic boon for South Africa. South African farmers are already sustainably cultivating the plant for local and international markets, and further interest from medical sectors could increase demand and drive industry growth.

Still, kanna’s possible transition into the spotlight wouldn’t go unchallenged. Many researchers have expressed concerns in regards to the plant’s safety and effectiveness, and although kanna has largely flown under the radar of most legislators, future policies and regulations could become more stringent. Despite existing for thousands of years, kratom — a Southeast Asian botanical with similar properties — has only recently become a target for legislators, particularly in the United States. If kanna sceletium tortuosum continues to gain traction, it could stir similar controversy and prompt regulatory measures.

Ultimately, the future of kanna’s utilization as an antidepressant remains to be seen. For now, the plant remains accessible on a global level, but a lack of research and regulatory involvement places the onus on consumers to determine whether or not the plant can help manage their symptoms.

Get Premium-Grade Kanna Shipped to Your Door

At Kratora, we’ve dedicated ourselves to supplying customers from all over the world with high-quality kratom and kratom alternatives since 2013. During our travels, we observed the plant-based potential of kanna sceletium tortuosum and knew we had to share the kanna experience with our customers.

2 thoughts on “Kanna and Depression: What Emerging Research Shows”