Kratom For Dogs & Cats: Should You Be Giving Kratom to Your Furry Friends?

The rising use of CBD for pets has pet owners wondering whether kratom for dogs might be able to help, too. While we can’t provide a definitive answer, we can present some information on what the science says, so far, about the kratom for animals issue. Let’s dive in and take a look at whether kratom might be safe for dogs or if this is one trend that needs to play dead.

Kratom & Animals: Understanding How Kratom Works on the Brain

Kratom is perhaps best known for its ability to reduce feelings of pain by activating the mu-, delta-, and kappa- opioid receptors. These are the same receptors that are activated by classical opioids like morphine and codeine — except that kratom has yet to be proven to cause respiratory depression like classic opioids tend to do.

Like humans, other mammals, like dogs and rodents, also have opioid receptors in their brains that work very similarly to their human counterparts. Dogs, for example, have a large density of kappa receptors, followed by delta receptors, and mu receptors. This could have some interesting ramifications for using kratom on dogs, as kratom’s main alkaloid Mitragynine works on these opioid receptors.

Could Kratom Work for Dogs?

Whenever scientists test a new substance with the potential for therapeutic use in humans and/or animals, they usually start with a mouse or rat model to determine the safety and the dose that is likely to have the best effect. As rodents are mammals, these animal studies may shed some light on whether kratom might be safe for dogs as well.

So far, this is what researchers have discovered:

Seeing that dogs are also mammals, we could expect that kratom for dogs would have similar effects to kratom extracts in rats and mice. However, the dosage could be difficult to determine when using the whole kratom plant as opposed to the aqueous extracts or modified alkaloids used in these studies. 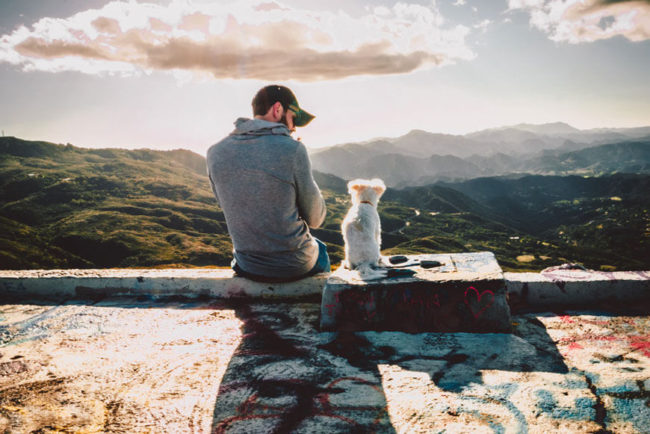 Is Kratom Safe for Dogs?

Given the lack of research around kratom for dogs, the main question you would have to ask yourself is whether kratom is safe for dogs if they take too much. Fortunately, a 1992 study showed that kratom is not fatal for dogs when taken in large doses (up to 920 mg/kg). That said, high doses may cause liver and kidney damage in animals, so it’s best to consult a holistic veterinarian before giving kratom to your pet.

If your pet is suffering from arthritis or recovering from an operation, CBD oil for dogs and cats is a research-based formula crafted with organic CBD isolate. Made from all-natural CBD free from THC, this oil is not toxic to dogs and can be used either sublingually or topically. Ultimately, the best way to help your pets is to find a holistic veterinarian who can advise you about kratom for dogs and kratom for other animals, along with suggestions for other natural remedies that have been proven to be safe and effective.

Please note that the US FDA has not approved kratom to be sold for human consumption, it is sold for external use only. None of the products sold on our website are intended to diagnose, treat, cure, or prevent any disease or medical condition.