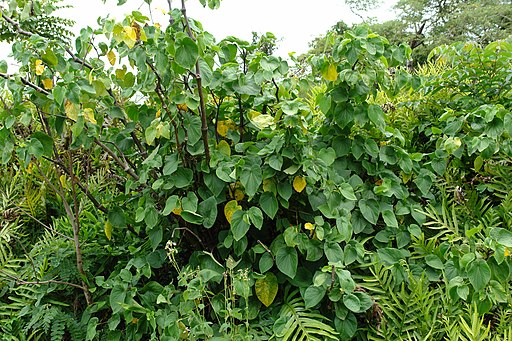 Kanna vs Kava Root Benefits – Choosing the Right Botanical for You

Kanna and kava root have been garnering a lot of attention in recent years. Like kratom, these unique botanicals have been enjoyed for centuries in their respective regions and have only recently made a splash in the western world. But while these two herbal preparations are often lumped into the same category, the kanna benefits and kava root benefits are a world apart, and these two products are unique from each other in a number of ways.

Kava (also known as kava kava) is the common name of the Piper Methysticum plant, which grows natively in the South Pacific. Although the Republic of Vanuatu is recognized as the true home of kava, it grows abundantly in places like Hawaii, Fiji, the Samoas, Tonga, and Micronesia.

Kava is known for its active compounds called kavalactones (hence the name “kava”). These compounds function similarly to the alkaloids in kratom—in the sense that they provide the plant with its signature aromas, and effects. As a kava root ages, the concentration of kavalactones increases, ultimately reaching their peak when the plant reaches about five years of age.

When shopping for kava root, it’s important to buy from a reputable seller that partners with reputable kava cultivators in the Pacific Islands. At Kratora, we offer a Kava 30% Powdered Extract derived from authentic Piper Methysticum cultivated with the optimal growing conditions and harvesting practices.

Kanna is the common name of the Sceletium Tortuosum plant, a popular kratom alternative that grows abundantly in South Africa. It’s a succulent plant with soft white flowers that grow year-round and are considered sacred by a number of South African tribes like the Khoi and San tribes. Kanna is fast-growing and rich in active alkaloids. The name literally translates to “something to chew.”

Typically, a kanna farmer will harvest and dry the leaves before refining or extracting them into a high-quality kanna supplement (similar to how kratom is harvested and manufactured). Kratora offers a variety of kanna supplements, including Kanna powder, fermented Kanna, and our 10x Kanna Extract Powder (recommended for experienced users). All of our all-natural kanna products are produced by experienced kanna farmers who adhere to uncompromising standards of quality.

There are a number of key differences between kava and kanna supplements. As previously noted, kava kava originates in the South Pacific while kanna originates in South Africa. In addition, kava tends to cost slightly more than kanna (though this can vary depending on the brand, preparation, and production methods).

The main difference between these two ethnobotanicals, however, is the effect. Although much of the data is anecdotal, kava is commonly associated with relaxing and euphoric effects while kanna is associated with energy, mental well-being, and appetite regulation. So while kava root benefits differ from kanna benefits, both botanicals have their place.

In addition to addressing the differences between kanna and kava, it’s worth noting how these two products are similar. Both products are typically sold in similar to identical dosages, which makes things easy if you’re looking to use both products. In addition, both botanicals are generally considered safe, which should be top of mind when you’re considering kanna and kava root benefits.

Because kava and kanna are both commonly sold alongside kratom products (and because they share some similar characteristics), there’s some confusion about how these supplements compare. Do the kanna and kava root have benefits go beyond kratom, or does kratom still reign supreme? Ultimately, it depends on what you’re looking for.

First, there’s the legal consideration. Many states in the U.S., including Vermont, Wyoming, Tennessee, and Indiana, have banned the sale and use of kratom. Kava root and kanna aren’t as tightly regulated, so they can be more easily accessed in places where kratom is prohibited. If you’re seeking the energizing effects of white-vein kratom, you might enjoy the effects of kanna, while red-vein kratom fans might enjoy the relaxing kava root benefits.

In addition, kava and kanna affect the brain differently from kratom, which some users will prefer and others will not. Kanna’s primary alkaloids behave as selective serotonin reuptake inhibitors (SSRIs), neurotransmitters that regulate mood and well-being. The kavalactones in kava interact with the limbic system, which influences emotion and motivation. If you’re curious about how the effects of kava and kanna differ from those of kratom, it’s best to try them out and experience the kanna and kava root benefits for yourself.

Kanna and Kava – Choosing the Right One for You

Can’t decide between the kanna and kava root benefits? Kanna and kava are both worth trying out, and they’re both affordable. At Kratora, you can purchase 5g of each for a total cost of less than $20—then decide for yourself which one gives you the effects you’re looking for. Like many users, you might find that kanna is excellent for daytime use while kava is a great choice for evening use. Just be sure to avoid mixing them, as the contradictory effects may create an unpleasant experience.

The most important thing is to buy from a reputable supplier that works with farmers in the appropriate region and that stands by their products. As long as you do your due diligence, you’ll be impressed with what kanna and kava have to offer.