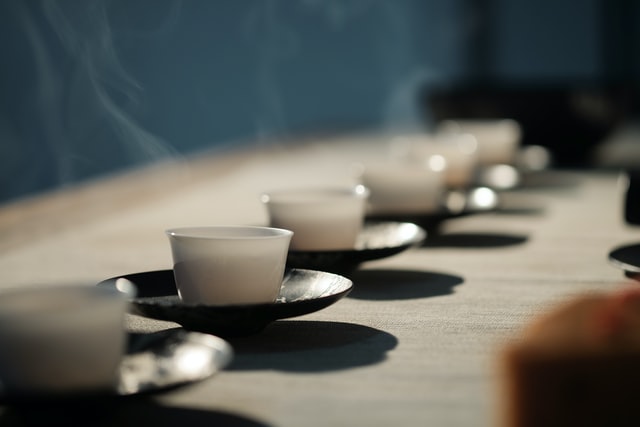 It should come as no surprise that coffee beans and tea leaves aren’t the only natural sources of energy on the planet. There are endless natural alternatives to caffeine out there, but due to rarity or obscurity, they’re incredibly underrated!

If you dislike the crash or jittery feeling associated with coffee or tea, you’re in luck. Here, we’ll walk you through our five favorite naturally energizing herbs that can give you the same or better energy boost as a cup of coffee. Enjoy!

Kratom is incredibly popular in Southeast Asia, but it was relatively unheard of in the western world until its recent boom in popularity. For centuries, kratom has been used for its natural mood-enhancing, soothing, and stimulating properties.

Kratom lacks the uneasy, panicked sensation that caffeine can often have on your mind. With kratom, you can enjoy a more positive outlook on life while fighting tiredness, allowing you to increase your productivity and motivation across all aspects of your life. Kratom will not affect your sleep as caffeine does, so you’ll still be able to sleep well at night.

You’ve likely heard of this one! CBD has skyrocketed in popularity in recent years due to its effective legalization in the United States in 2018. It’s popular for a growing number of reasons, including soothing bodily discomfort, relieving stress, promoting a healthy sleep cycle, and, yes, acting as an energy-boosting alternative to caffeine.

CBD does not act as a stimulant. Rather, it works to balance the body’s natural endocannabinoid system, which, in turn, regulates the body’s circadian rhythms and other innate functions, like stress responses. Supplementing with CBD can help you both stay awake and energized throughout the day and sleep well at night!

CBD is derived from the hemp plant and is completely non-psychoactive by itself. Any side effects are extremely rare, and you can administer it in a way that feels most comfortable for you. To stay awake throughout the day, try taking THC-free CBD oil to stay revitalized and refreshed in place of your morning cup of coffee.

Kanna, also known as channa or kougoed, is a succulent plant native to South Africa, known primarily for its uplifting, energizing effects. This makes it a good option when you’re looking for an alternative to caffeine. It has been used for mood alteration and traditional medicine since before recorded history, with its first written use dating back to the 1600s.

Kanna is most often used for its calming, mood-boosting effects, and it is commonly used to decrease social worries, increase self-confidence, and ultimately enjoy life. For those who suffer from extreme nervousness in social situations or a gloomy outlook on life, kanna has proven to be a positive, energizing herbal solution.

Rhodiola Rosea has a long history of use in traditional medicine across Europe and Asia. For hundreds of years, it has been used to enhance endurance, strength, mental capacity, and energy levels. It is known by many names, including king’s crown, arctic root, golden root, and rose root.

In the cold northern regions of Russia and Scandinavia, rhodiola has been used as an energizing herb for centuries to stay alert in the tough, challenging climate. The anti-fatigue properties of this remarkable plant help make up for the lack of sunlight in the far north, especially during winter. In ancient Chinese medicine, it is known as hóng jǐng tiān, and has been historically used for stamina and energy.

In addition to rhodiola’s notable energizing benefits, it is also used as a way to fight stress. As an adaptogen, it helps manage your body’s levels of the stress hormone, cortisol. If you’re looking for an alternative to caffeine because caffeine makes you stressed, paranoid, or antsy, rhodiola is a great choice because it does just the opposite.

Mitragyna Hirsuta is known as the “sister species” of the kratom plant, Mitragyna Speciosa. It hails from the tropical jungles of Southeast Asia and is known for its stimulating effects. It can produce a feeling of exhilaration and doesn’t let you down with a crash later.

Those who have difficulty obtaining kratom due to legality or scarcity may find luck in Mitragyna Hirsuta. Both plants are members of the coffee family, but don’t be alarmed — unlike their bean-producing relative, they contain no caffeine. Mitragyna Hirsuta contains the active alkaloid mitraphylline, which gives it a distinct, pleasant aroma. Its naturally stimulating properties in low quantities make it an excellent alternative to caffeine.

No matter what alternative to caffeine you choose to try, make sure it comes from a trusted source. At Kratora, we source all of our quality ethnobotanicals from local, reputable sources, and we have the lab results to prove our potency and purity. We undergo stringent third-party testing for every product, and we offer all of our Certificates of Analysis with full transparency to prove that we use no harsh chemicals or preservatives.

Keeping energized throughout the day doesn’t have to come with a crash. Try these naturally energizing herbs and see how they can impact your life!