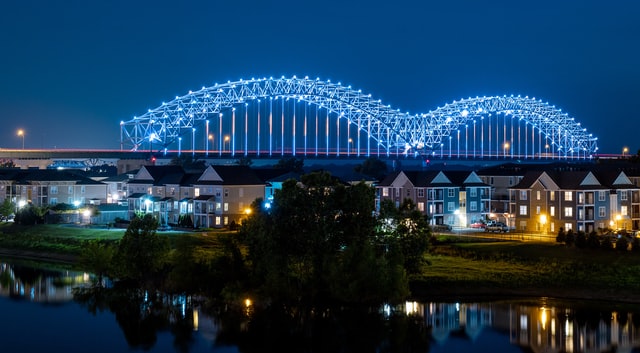 The Future of Kratom in Tennessee in Jeopardy

TN legislators have introduced an amendment that would effectively ban kratom in Tennessee. The amendment is part of House Bill 2043, a measure that more broadly seeks to add chemicals like tianeptine and certain salts and sulfates to the state’s list of controlled substances. Amendment 1 would add kratom to that list as well. Organizations like the American Kratom Association are lobbying to prevent the bill—or at least the amendment to the bill—from becoming law.

What Would the Bill Mean for Kratom in Tennessee?

HB2043, if made law, would ban the following throughout the state of Tennessee:

Where Does the Tennessee Kratom Bill Stand Now?

As of this writing, HB2043 has not been made law. You can still buy kratom in Tennessee. The bill has been passed by the Tennessee House of Representatives and passed along to the Senate in the form of Senate Bill No. 1997. If the bill is enacted by the General Assembly of the State of Tennessee, it will become law. We will continue to monitor any new developments as they happen.

The bill passed the House with widespread support, so admittedly it’s an uphill for kratom advocates in Tennessee and across the nation. But as we’ve seen in other states, it is possible to prevent these types of laws from being enacted—it starts with advocacy and education.

As of July 2022, kratom is still legal to buy, sell, possess, and consume in Tennessee. It does not appear on the state’s list of controlled substances, and it is not subject to legal enforcement.

There are some kratom laws in Tennessee that are worth noting, however. For starters, kratom is only legal for adults 21 and over. In addition, the state passed a law in 2014 banning synthetic forms of natural substances like kratom. So if you do buy kratom online, make sure that you’re purchasing organic, all-natural kratom from a reputable vendor. This doesn’t just keep you in accordance with the law; it also ensures a safer kratom experience.

What Can I Do to Protect Kratom in Tennessee?

Because the Tennessee bill hasn’t yet been made law, there is still time to take action. The American Kratom Association is advising people to do the following:

This type of grass-roots advocacy has been successful in other states. In Nevada, for instance, the state’s Board of Pharmacy recently sought to classify kratom as a Schedule 1 Controlled Substance. But after an outpouring of letters and public statements from concerned citizens, the Board removed their proposed kratom ban from the agenda. The same type of campaign that saved kratom in Nevada could also save kratom in Tennessee if enough citizens raise their voices.

Why Do Legislators Want to Ban Kratom in Tennessee? Tennessee is one of many states that is seeking—or has sought—to restrict or ban kratom. The issue often stems from misconceptions about kratom and how it functions. The Drug Enforcement Agency (DEA) has had its sights set on kratom for over a decade, though as of yet, the agency has not taken steps to regulate it. Proposed state bans are often led by legislators taking their cue from the DEA.

But while the DEA has reported cases of side effects, these types of effects are rare and may be associated with extremely heavy use. Kratom has been enjoyed for thousands of years, and it’s very well-tolerated. Many users even claim that kratom has helped their quality of life and their ability to focus, relax, be productive, and achieve mental clarity.

In addition, many of the reported illnesses associated with kratom are actually the result of contaminated or adulterated products. Some unscrupulous manufacturers have been known to modify the amount of 7-hydroxymitragynine in the product or introduce additional synthetic ingredients to promote a more intense—and potentially a more dangerous—experience.

Because of this, advocacy organizations like the American Kratom Association work tirelessly to encourage states to pass kratom safety standards. Many states, like Missouri and Utah, have already passed laws requiring that all kratom products be all-natural, free of additives and contaminants, and third-party lab-tested. Legislators have also taken steps to protect kratom in Ohio. Rather than passing kratom bans, states can better protect the public by promoting standards like these.

It’s up to all of us to demand these types of standards. We can write to legislators wherever we live and ask that they enact laws like the Kratom Consumer Protection Act. In the meantime, when you purchase kratom, it’s essential that you buy from manufacturers that guarantee all-natural organic kratom products and that subject each batch to third-party lab testing.

At Kratora, we’re committed to offering premium, high-quality kratom powders and kratom capsules in Tennessee and across the nation. Our products are fresh, natural, and organic, and they’re sourced from reliable, stable kratom farmers in Southeast Asia. Each batch is third-party lab-tested for maximum assurance, and we make no compromises on quality.

We will continue to monitor any new developments regarding kratom in Tennessee. If kratom laws in Tennessee should change, we’ll adjust our policies accordingly, but in the meantime, we’re proud to be your source for the highest-quality kratom products in the U.S.