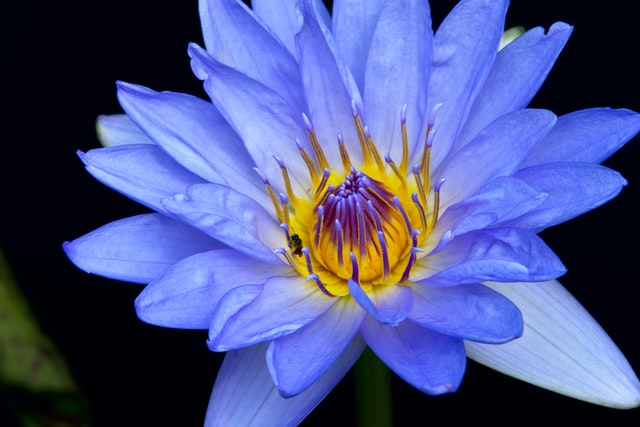 The Potential for Ethnobotanicals to Boost Your Sex Life

Ethnobotanicals are natural herbs that have been used around the world as aphrodisiacs for centuries. They can be utilized in various ways: dried leaves, topicals, or even soft gels in the modern-day world. These natural alternatives work by stimulating certain hormones and neurotransmitters that affect men’s and women’s libidos. Over the years, researchers have been studying natural ways to boost sex drive and the effects of botanical plants on our intimate life so they can determine which herbs are best suited for particular purposes.

In this post, we’ll be looking at the five herbs that boost sex drive and their potential to enhance libido, increase fertility, treat erectile dysfunction, and enhance overall sex life.

The Egyptian Blue Lotus Flower is a blue-to-lilac-colored water lily that’s considered to be one of four divine plants in ancient Egypt because it holds the distinction of having ‘magical’ properties; these effects include rejuvenation and a significant boost in libido. The symbolism of the Blue Lotus Flower in Ancient Egypt is synonymous with cleansing, protection, and restoration. Blue Lotus Flower was used in rituals to connect with the spirits and as a natural way to boost sex drive.

With our busy lifestyles, stress-prone days, and the pressure to work and live at the same time, it’s common to experience a lack of desire that can make it difficult to enjoy intimacy and your sexuality. Blue Lotus Flower’s health claims show that it may have energizing, libido-boosting properties that can help enhance your sexual desire. Apomorphine and nuciferine, the two main compounds of the flower, instill euphoric feelings and induce feelings of calmness that help with erectile dysfunction and low libido problems.

Muira Puama is another Amazonian herb that offers a natural way to boost sex drive. It has long been taken as a libido enhancer and used to boost energy levels and penis strength. It is also known for its properties in treating erectile dysfunction. This Amazonian herb has long been referred to as the “erection root” or “potency wood” among the natives living in the rainforests of the Amazon. Most of the indigenous cultures prepared this natural herb traditionally as a tincture or extract to be used as a herbal aphrodisiac, energy booster, or temporary discomfort reliever.

If you’re looking for herbs that boost sex drive, Muira Puama is great for men and is known for its aphrodisiac properties, thanks to the naturally occurring nutrients, antioxidants, essential oils, fatty acids, and alkaloids, including Muirapuamine that come from the plant’s bark.

You may have probably seen Maca juice in your local juice shop or wellness store. But did you know that it’s one of the best natural ways to boost sex drive? Maca is a South American sweet root vegetable with many health benefits. It has long been used as a traditional herb for boosting fertility. No wonder it’s nicknamed “the Peruvian Viagra.” It grows mainly in the mountains of central Peru and is related to a wide range of vegetables, including broccoli, cauliflower, cabbage, and kale.

A study of 50 men in a recently conducted double-blind trial showed that some level of sexual activity was improved with Maca. Around 3 mg per day of Maca extract can help improve sexual desire and may be specifically helpful for low libido issues. This natural herb also showed effectiveness in reducing symptoms before a woman enters menopause and after due to its ability to ensure a normal balance of estrogen levels that decrease at these stages. Maca is also great for female libido and enhances energy, mental clarity, and quality of life.

Ginseng has also been used as a natural way to boost sex drive since 3500 BC in China. However, there might be some science correlating with this claim as well. Ginsenosides give ginseng its power and affect the corpus cavernosum, a sponge-like erectile tissue found in men and women alike. One particular type of Ginseng, Red Ginseng, is a potent herb that boosts sex drive and sexual function in men and women.

Several studies have observed that Red Ginseng may even be more effective than placebo at improving erectile dysfunction (ED) or treating symptoms related to ED like loss of interest in sex, inability to achieve orgasm during intercourse, and low libido during the menopausal transition period for women. Though clinical research is inconclusive on how exactly it works, Red Ginseng works well as an effective herb to boost sexual drive, based on traditional use for centuries. Ginkgo Biloba offers another natural way to boost sex drive. This herbal supplement is derived from one of the oldest tree species in the world, the Ginkgo biloba tree. In traditional Chinese medicine, it has long been used to treat many types of ailments, including poor sexual function and mental health issues. Ginkgo Biloba is known to act as an effective aphrodisiac by helping increase blood flow and relax blood vessels.

In a study conducted to find out the effects of Ginkgo Biloba on men and women, both male and female participants revealed that they experienced increased sexual desire, sexual excitement, and the ability to orgasm after including at least 60–240 mg of the Ginkgo Biloba supplement into their daily routines. Effects seemed to be even stronger in female participants. More studies are needed to prove its effectiveness as a natural way to boost sex drive.

In many cultures worldwide, the use of natural herbs that boost sex drive has been going on for centuries. With more information available online today, it’s easier to find all-natural aphrodisiacs. A Kratora, we’re proud to bring you some of the most potent ethnobotanical libido-enhancers on the market at competitive prices. Order and enjoy fast and affordable shipping plus free shipping +$50. We also offer a 30-day money-back guarantee.