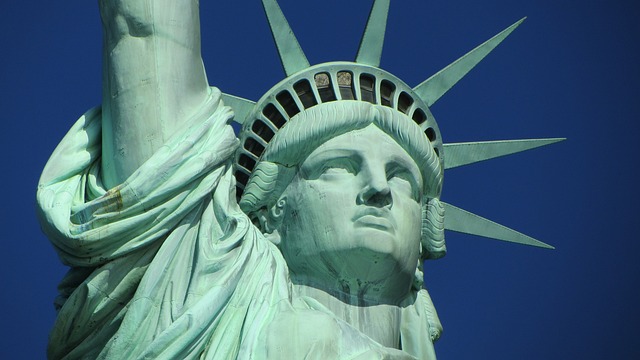 Breaking Down the Legality of Kratom in New York

Thinking of buying kratom in New York? Whether you’re visiting the bright lights of Manhattan or making your home in a cozy Upstate community like Rochester or Albany, it’s important to understand New York’s kratom laws before shopping. After all, there’s been a lot of kratom-regulated legislative movement in the Empire State recently, and it can all get a bit confusing if you’re not paying close attention.

So is kratom legal in New York? And if so, where can you find high-quality products at a reasonable price?

Is Kratom Legal in New York?

To answer the most pressing question, yes, kratom is legal throughout the state of New York. Thus far, there have been no successful legislative efforts to restrict the sale, purchase, or possession of kratom products.

You do have to be careful, though, if you’re traveling along the Eastern Seaboard. Not all East Coast states are kratom-friendly. Kratom is banned in both Rhode Island and Vermont, so be careful not to enter those states with kratom in your possession. As long as you remain in New York, though, you should be fine.

The only slight kratom restriction you’ll encounter is in Suffolk County, on Long Island. There, kratom sales are limited to adults 21 years of age and older. A few years ago, Suffolk tried to ban kratom altogether, but the effort was unsuccessful. The proposed legislation would have been one of the most punitive anti-kratom laws in the country, imposing up to $1,000 in fines and even the possibility of one year in jail for people caught with kratom. Thankfully, this is no longer a concern.

Past Efforts to Restrict Kratom in New York

The Suffolk County bill was just one of many past efforts to restrict kratom in New York. Between 2017 and 2018, state legislators considered three separate bills related to kratom. Two of these bills were concerned with imposing minimum age limits. One of the bills, though, sought to ban kratom statewide. After multiple petitions, letter-writing campaigns, and other grassroots efforts, the bill ultimately died in committee (as did the two age-restriction bills).

In 2019, legislators considered even more initiatives to prohibit the sale of kratom to minors, all of which were unsuccessful. That same year, the state made its first attempt to pass the Kratom Consumer Protection Act (KCPA), a sweeping set of regulations that would have established quality standards for kratom in New York. The KCPA has already been passed in states like Arizona, Georgia, Nevada, and Utah, and several other states are considering it as we speak.

The KCPA was originally drafted by the American Kratom Association (AKA), a national nonprofit organization that advocates for a safe, regulated kratom marketplace. The goals of the AKA include educating legislators and ensuring that kratom remains safe and legal nationwide.

If passed, the KCPA would have achieved the following for kratom in New York:

The 2019 bill was unsuccessful, but the KCPA was revived in 2021 when a new version of the act was introduced in the form of NY S03588. This bill has been referred to the Senate Agriculture Committee and is currently pending, so we may yet see progress on kratom regulation in the Empire State. If you want to help in this regard, the American Kratom Association website has a number of template emails that you can send to legislators in New York, not only showing your support but also shining a light on the benefits of kratom.

How to Buy Kratom in New York

Since kratom regulation is not yet a reality in New York, it’s important for buyers to exercise caution and research brands carefully. While you can find plenty of kratom products in herb shops and gas stations, it’s generally best to find a verified kratom vendor online where you can view a wider selection of products, research products and brands carefully, and ask questions from experts if needed.

At Kratora, for instance, we offer a range of benefits that you typically won’t get from convenience-store kratom.

In addition, we offer competitive prices, fast shipping, and free shipping on all orders over $50. So buying from Kratora is a great way to save money as you explore some of the highest-quality kratom products on the planet.

No matter where you buy your kratom, the important thing is to do your homework. Even though kratom is legal in New York, buying kratom in New York can be tricky since the state currently has no quality standards in place. So learn where your kratom comes from, make sure it’s lab-tested, read reviews, and learn everything you can. It will take a bit more time than just grabbing a packet of kratom powder off a shelf, but it will be worth it.