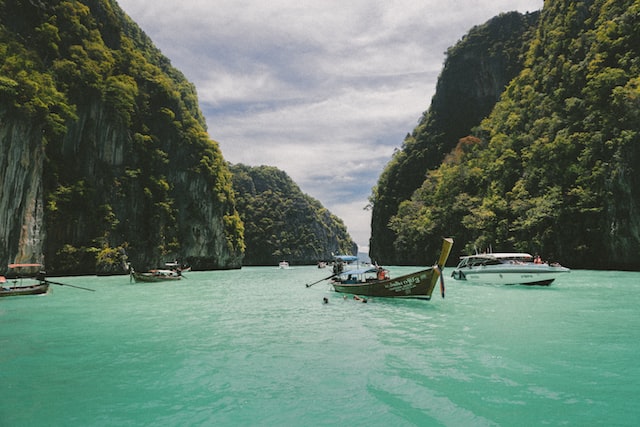 Everything You Need to Know About Thai Kratom and Its Effects

There are a lot of kratom varieties out there, but Thai kratom is in a class by itself. In terms of Thai kratom’s effects, quality, and potency, you can count on an experience that’s a cut above your average kratom powder. So what makes it unique?

What Is Thai Kratom?

Thai kratom comes from Mitragyna speciosa tree. Like all kratom varieties, it’s cultivated through a process of hand-picking the kratom leaves, drying them, and then processing them into a powder, capsule, or other delivery system. Like most kratom strains, Thai kratom is named for its location of origin. It grows natively in Thailand’s lush evergreen rainforests.

In 2021, Thailand passed an updated version of their Narcotics Act, which removed kratom from the country’s list of controlled substances. And in 2022, the Kratom Plant Act B.E. 2565 was passed, thus establishing a framework for regulated kratom manufacturing and sale. However, because there are still significant roadblocks in place for Thai growers (e.g. all kratom export licenses require the approval of the secretary-general of Thailand’s Narcotics Control Board), it’s likely that Indonesia will remain the dominant Thai kratom exporter for the foreseeable future.

Here are some key differences to consider when comparing Maeng Da and Thai kratom effects:

Your own results may vary, so it may be beneficial to explore a range of kratom strains to see which ones give you the desired result.

Who Is Thai Kratom Good For?

Discover the effects for yourself.

Other Things to Know About Thai Kratom

When looking for Thai kratom for sale, the most important thing is to ensure that the product meets stringent quality standards. If you want to achieve the best Thai kratom effects without unwanted side effects, make sure that your product:

Kratora carries a full line of Thailand kratom in both capsule and powder form. Our signature line of Thai kratom is all-natural, lab-tested, and grown on our partner farm in Indonesia. We encourage you to explore the full line and decide for yourself if Thai kratom is the strain you’ve been looking for.