If you’re trying to decide between the many different kratom strains available, you’ve likely stumbled upon Green Malaysian kratom (more commonly referred to as Green Malay kratom). Green Malay is an excellent all-around strain with a rejuvenating aroma and a diverse range of effects. But is it right for you? Before you can make that call, it helps to understand:

Let’s break it all down.

Green Malay kratom, as the name suggests, is a strain grown in Malaysia. The jungles of Malaysia provide the perfect environment for growing kratom on account of their nutrient-rich soil and humid, equatorial climate conditions. But although the strain is Malaysian in origin, Green Malay is also commonly grown in other parts of Southeast Asia, like the Nibung region of Indonesia.

Green Malay—along with other Malay varieties—is easy to find. A lot of kratom retailers offer it because it’s never in short supply. Malaysian kratom is renowned for its ability to flourish in adverse growing environments, so the cultivation requirements are less demanding than with many other strains.

As the leaves mature, the concentration of 7-OH increases, resulting in different types of effects. Since this strain is harvested in the middle of its growth cycle, the alkaloid profile of Green Malay offers more balanced effects than you would get with red or white kratom.

How Green Malay Kratom Is Grown

Green Malay kratom cultivation requires an expert hand. That’s why, at Kratora, we partner exclusively with kratom farmers who have been honing their skill for generations in the field. First, the trees must be maintained under the optimal growing conditions. Then, the leaves must be hand-picked at the optimal stage of maturity. The stems are first removed from the leaves, and then the leaves are dried indoors for about a day, away from UV sunlight.

Once the leaves have been cultivated, they’re sent along to a processor to be ground down into a powder, packed into capsules, or concentrated into an extract. This is a delicate process, as it’s easy to contaminate the kratom if the proper precautions aren’t heeded. This is part of the reason why we submit each batch of kratom for third-party lab testing—to ensure that there are no contaminants, chemicals, heavy metals, or adulterants in the final product. 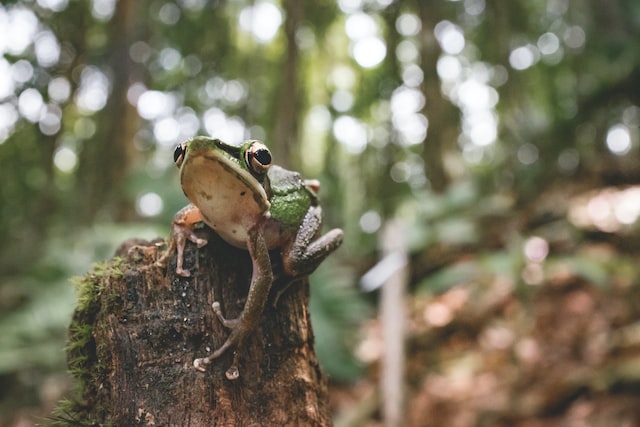 Green Malay is known for offering a full range of Malaysian kratom effects, spanning from the relaxing to the energizing end of the spectrum. The following are just some of the common Green Malay kratom effects that buyers have reported:

Green Malay kratom’s effects are more balanced than many other green strains—not overly stimulating, not too relaxing, but still offering the best of both worlds. This is partly due to the fact that Green Malay is a 100% green-vein kratom. Many other green-vein strains contain white and green hybrid genetics.

Because Green Malay kratom’s effects are smooth and long-lasting, and because they represent the full spectrum of Malaysian kratom effects, Green Malay is an excellent strain for beginners, novices, and long-time kratom lovers alike.

Malaysian kratom is one of the most alkaloid-rich strains available. With 40 alkaloids in total, including higher-than-average concentrations of mitragynine and 7-OH, Green Malay is a strain that gives you a lot of bang for your buck. Although the onset of action is a bit slower than you’d get with some other strains, Green Malay kratom’s potential benefits are enormous. Consider just a few reasons why people love Green Malay:

In addition, you can find Green Malay kratom for sale in a variety of preparations, including powders, capsules, and more.

Green Malay is one of the most popular green-vein kratom strains, but it’s not the only popular green strain. If you’re looking to expand your horizons, other excellent options include Green Vein Borneo and Green Thai. You can compare the subtle distinctions between these strains with a Green Vein Variety Pack.

And, of course, if you’re looking for something more physically and mentally relaxing, you’ll probably prefer Red Malay Kratom Powder over the green variety. If you want the most energizing kratom available, go with a white strain like the ever-popular White Maeng Da.

Explore the Green Malaysian Kratom Effects for Yourself

Discover the complete range of Malay kratom effects and benefits for yourself, and see what you’ve been missing.