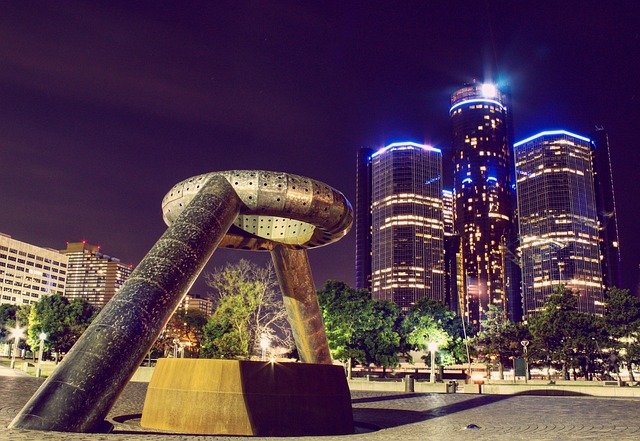 What’s the Legality of Kratom in Michigan?

Michigan is home to sprawling lakes, lush forests, a thriving music scene, and an abundance of rich history. It’s a great place to visit or call home, but if you’re planning to make your way to the Wolverine State, you might be curious about the legality of kratom in Michigan. After all, each state has its own set of laws, restrictions, and regulations, and some states are more kratom-friendly than others. Six states have banned kratom altogether, a few have regulated it, and some (like Florida) have even introduced laws at the county level. So is kratom legal in Michigan?

Is Kratom Legal in Michigan?

Yes, kratom is legal throughout Michigan, in all cities and counties. It’s legal to buy, sell, and possess, and there are no restrictions on age or on the types of kratom products allowed (so long as they’re not adulterated with banned or controlled substances). You can purchase kratom online or in stores that are trustworthy.

Over the years, there have been a few organized efforts to introduce Michigan kratom laws and regulations. In 2014, for instance, legislators introduced House Bill 5707. This bill sought to ban kratom in Michigan by placing it on the state’s controlled substances list. This bill was unsuccessful thanks in part to an organized activism effort led by citizens in support of kratom. One petition—highlighting the benefits of kratom and urging legislators to reconsider their proposed ban—received over 1,700 signatures. That same year, legislators also considered a bill that would prohibit the sale of kratom to minors (House Bill 5736). This bill ultimately died in committee and was never made law.

In 2019, Senator John Bizon M.D. (a licensed physician) introduced another bill that would have severely restricted access to kratom in Michigan. Senate Bill 0433 sought to classify kratom as a Schedule II drug, meaning that it could only be obtained with a prescription from a doctor. The bill failed to gain any traction in the Senate.

And now, legislators are once again considering the possibility of Michigan kratom laws—but in a very different way.

In 2021, a group of Michigan legislators took on a new type of proposal: The Kratom Consumer Protection Act (KCPA). If the name sounds familiar, it’s because a few states—including Georgia and Nevada—have already adopted the act.

The KCPA is a set of safety regulations and guidelines developed by the American Kratom Association (AKA), a national advocacy organization that seeks to promote a safer, well-regulated marketplace for buyers. The American Kratom Association works with lawmakers nationwide to provide education on the benefits of kratom and to highlight the need for accountability in the market.

Michigan’s proposed version of the KCPA comes in the form of House Bill 5477. The bill is sponsored by State Rep. Lori Stone along with a team of about a dozen Democrats and one Republican. If passed, the bill would achieve a few things for kratom in Michigan:

Much of the controversy surrounding kratom stems from the fact that it’s unregulated. The KCPA seeks to eliminate this problem by holding manufacturers and vendors accountable for the quality and safety of their products. That’s why so many kratom advocates, including the American Kratom Association, are pushing for the law to be passed in Michigan.

There’s still an uphill battle to be fought, though. Almost all of the bill’s sponsors are Democrats, and the legislature has a Republican majority. We will continue to monitor and report on any progress pertaining to HB 5477.

How to Get High-Quality Kratom in Michigan

Since the KCPA has not yet been passed in Michigan (and its future is anything but certain), you have to be very careful when shopping for kratom products. Since there are no protective Michigan kratom laws on the books, it’s very difficult to vet the products sold in herb shops, head shops, and gas stations—and in fact, these products can sometimes be downright dangerous.

When shopping for kratom gummies, kratom powder, or any other type of kratom product, there are specific qualities you need to look for:

You have to do your homework before buying, and so your safest bet is to buy kratom online. When you shop online, you can easily research the brand’s reputation, view third-party lab results, read customer reviews, compare different product types, examine detailed product descriptions, and do your due diligence. In addition, in-store selection is usually very limited. So if you’re looking for a specific kratom strain or type to achieve a desired result, shopping online is almost imperative.

If you want the widest selection of high-quality kratom without compromise, we invite you to explore our selection at Kratora. We’ve been in business since 2013, and our reputation is unrivaled. All of our products are fresh, organic, third-party lab-tested, and sourced from reputable partner farms in Southeast Asia. We also offer competitive prices and a money-back guarantee, as your satisfaction is our #1 priority.

Is kratom legal in Michigan? Yes! But you have to consider more than just the Michigan kratom laws when you’re looking to buy kratom. You need to consider the quality of the products you’re purchasing. So if you’re buying kratom in Michigan or anywhere else, don’t take chances. Do your research, know where your products are coming from, and settle for nothing less than the best at Kratora.